skip to main | skip to sidebar

QR codes in education: Why all the fuss?

The Web is abuzz at the moment with blogs on using QR codes in education. I am not going to give a detailed explanation of what a QR code is if you don’t already know. Suffice it to say that it’s a bit like a barcode but looks different and has a wider range of uses. The Wikipedia article on QR codes gives a good summary of their historical development and how they have been used, particularly in industry. These are examples of a QR code and a barcode that I generated: 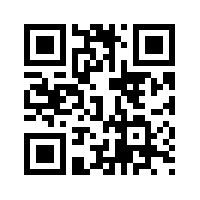 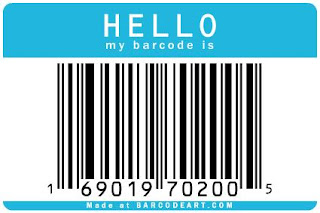 Barcode containing information about Graham Davies’s gender, age, weight, height, location
and value in US$! Generated by http://www.barcodeart.com/
Although QR codes have been around for some time, namely since 1994, it is only recently that they have attracted the attention of educators. Joe Dale’s blog posting (21 July 2011), for example, outlines some of their potential uses in teaching foreign languages. Joe describes using QR codes to:

I have to confess that so far I am not too excited by the current interest in using QR codes in education. It’s not a new idea. Back in the 1980s I attended a seminar in Denmark at which Peter Looms of Danmarks Radio demonstrated how a barcode reader could be used to locate resources for language learners on an interactive videodisc and how teachers could create their own lessons by photocopying, cutting and pasting previously prepared barcodes to create activities for students. The barcode reader was used to jump to a particular frame or segment on the videodisc, not unlike the way in which a URL or QR code is now used to jump to a particular website or part of a website. See:

Using barcodes in education did not catch on. CD-ROMs and DVDs replaced interactive videodiscs and the advent of the Web in 1993 brought about radical changes in storing and accessing educational resources.

The main problem with QR codes is that you need a device and an application that can read and interpret them – in the same way that you need an appropriately programmed barcode reader to read and interpret barcodes. The difference is that devices and applications that can read and interpret QR codes (I use my iPhone and the Qrafter application) are in common use by the general public. But pointing an iPhone at a QR code image – and you may need more than one shot to read it – waiting for your phone to boot up a Web browser and then render the page to which it is pointing seems to need a lot of additional time and effort. And if you wish to create your own QR codes you need to know how use another application. Maybe I am just getting old, cynical and unimaginative. I have been playing around with technology in education since I began using language labs in 1965 – which were not as wonderful as they were cracked up to be – and now I have to see a real need for the use of technology with evidence that it saves teachers time and produces better learning results.

However, I have found a good use for QR codes. My wife Sally was watching one of her favourite cookery programmes on BBC TV last week. I was half-watching with her, but I am mainly interested in the results of cooking and not the process itself. My eyes lit up, however, when the TV chef began cooking a smoked haddock pilaf that looked particularly tasty. Sally thought she would like to try it and wondered where she could get the recipe. At that moment I spotted a QR code flash up, all too briefly, in the corner of the TV screen. As we were watching the programme on our Sky+ Box I was able to rewind and freeze the screen so that I could point my iPhone at the QR code. Bingo! It worked first time and sent me to http://www.bbc.co.uk/food/recipes/smoked_haddock_pilaf_84768. Using Qrafter on my iPhone, I emailed the URL link to Sally so that she was able to click on it in her email application on her computer and display and print the recipe. We enjoyed an excellent pilaf the following evening. Now that’s what I call a sensible use of technology!
Posted by Graham Davies at 14:10

Thankyou for this post. I feel I have "missed the boat" with QR codes -particularly not being in possessions of the right receiver! Your post has enlightened and reassured me. Mart

Some more ideas on using QR codes from Victoria Jefferies:

I can just say wow at the way we use technology. I never knew that bar codes can also be used to skip the frames in a video.
And yes these days QC codes are getting famous and finding its way to Kitchen.

Welcome to the ICT4LT blog!

This blog is linked with the ICT for Language Teachers website, ICT4LT, which is edited by Graham Davies, Emeritus Professor of Computer Assisted Language Learning.

About the editor of this blog

Graham Davies
I began my career as a teacher of French and German in secondary education in the 1960s. I moved into higher education in 1972 and taught German at Ealing College (which later became part of Thames Valley University) until 1990, when I became Director of the Language Centre. I have lectured and run ICT training courses for language teachers in 22 different countries and I have sat on numerous national and international advisory boards. In 1982 I wrote one of the first introductory books on computers in language learning. I was the founder president of EUROCALL from 1993-2000. I retired from full-time employment in 1993 and I am now an Emeritus Professor of Computer Assisted Language Learning. I occasionally do external examining of MPhil and PhD students. I keep myself busy by editing the ICT for Language Teachers website (ICT4LT) and managing the EUROCALL HQ in Second Life.